Society for the Promotion of the European Human Rights Model

It appears that people have decided to maintain alive the legacy of Nazi ideology in many counties. This is unfortunately a well known phenomenon; nevertheless when State bodies of a Member–State of the European Union are utilized by the Nazis to insidiously instill their revisionist view of History in the European Union and this is the case in Lithuania, we think that our duty is to warn the National and European authorities. All these events may lead us to think that the Prague Process as it is expressed, may have suffered partially of these insidious influences,since it might underestimate the crimes of Nazism as compared to Communism, taking into account the leading part played by Lithuania.

The Lithuanian State has created a Genocide research center associated to a Museum called Museum of Genocide excluding the Holocaust and concentrating on Communist regime plight. A Museum of dedicated to communist plight is acceptable except that it utilizes abusively the word genocide and has recently welcome among its staff one of the founders of Nazism renewal, RICARDAS CEKUTIS more precisely in the Staff of the Genocide research Center. He is one of the main organizers of the annual Nazi March in Vilnius.

RICARDAS CEKUTIS was formerly the Parliamentary assistant of the Member of Parliament DALIA KUODYTE. She relieved him after he started to develop the following campaign slogan for the Municipal elections: "Without gays, blacks, reds and camp Gypsies" and was then hired in another State body “THE GENOCIDE RESEARCH CENTER”.

In addition to the evident etymological disrespect, we may understand now the ideological orientation attempt to pervert the real meaning of the word Genocide.

RICARDAS CEKUTIS collaborates with MINDAUGAS MURZA who tried to get official status for the Lithuanian Nazi party. 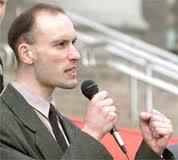 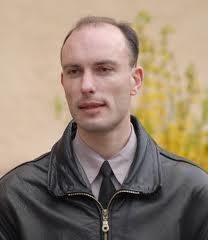 II-A SUPPORTER OF NAZISM IS A MEMBER OF PARLIAMENT WHO WAS UNTIL HIS EXCULSION IN 2010, A MEMBER OF THE PARTY “TS-LKD” OF THE PRIME MINISTER ANDRIUS KUBILIUS

It must be noted that the first Gay pride was authorized in Vilnius in May 2010 despite a last minute attempt to prohibit it again and that KAZIMIERAS UOKA came to insult the participants and crossed over the police line in the direction of the participants until he was stopped by the police.

On 15 March 2011, KAZIMIERAS UOKA had the opportunity to develop his ideology on the National TV channel in an unbalanced debate opposing him with the support of another fascist to a lonesome democrat. 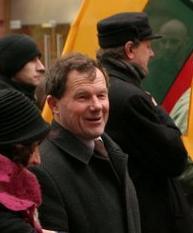 Left picture made by Sebastian Pammer

III- THE SWASTIKA: A LITHUANIAN NATIONAL AND LEGAL SYMBOL SINCE 2010

As a result of a court decision in 2010, SWASTIKA is now duly authorized to be shown in public in Lithuania. 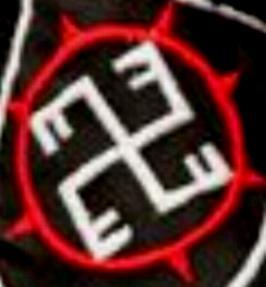 Picture made by Sebastian Pammer

This March has become with the time a usual event of the Lithuanian Independence day.

The Police didi not hesitate to repress physically the opponents to this March. 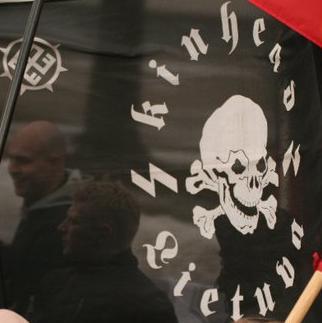 Picture made by Sebastian Pammer

SS Symbol, Swastika and German slogan were widely shown during this March.

Movie on the last March is visible on

IV- DURING THE POST COMMUNIST ERA: NO JUDGEMENT AGAINST  FORMER LITHUANIAN NAZI WAR CRIMINALS WAS COMPLETED

The refusal of the Lithuanian prosecutors to punish any local Nazi war criminals, emboldened those ultranationalists who refused to admit Lithuanian complicity in Holocaust crimes.

This situation is shown here below:

At least fifteen Lithuanian Nazi war criminals, who had escaped to the United States after WW2, were stripped of their US citizenship when their past was revealed and returned to Lithuania.

Only three were brought to trial for their Holocaust crimes.

The two most important cases were those of the District of Vilnius:

The Commander of  Lithuanian Security Police -the Saugumas-  ALEKSANDRAS LILEIKIS and his deputy KAZYS GIMZAUSKAS were, only prosecuted after they were declared medically unfit to stand trial and thus never appear at their trial and could not be punished.

The third case is also related to a member of the Saugumas of the  district of Vilnius; ALGIMANTAS DAILIDE; he was convicted and sentenced to imprisonment, but the judges refused to implement the sentence because he had to take care of his ailing wife.